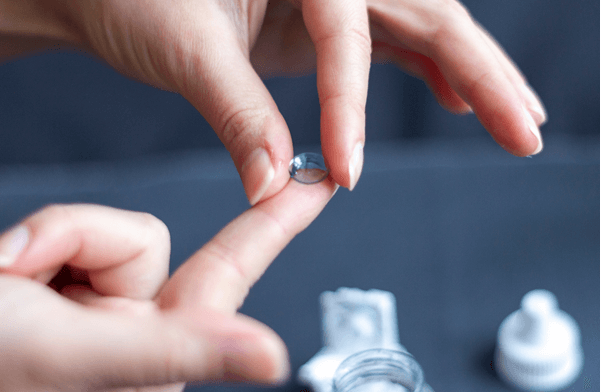 Orthokeratology is a mouthful to pronounce, but it’s actually a fairly simple concept to understand. This popular method of vision correction has often been likened to wearing braces—but for your eyes instead of your teeth!

If you’re wondering how that could possibly work, wonder no more! The team at Shady Grove Eye Clinic has helped many patients with ortho-k over the years, and we’re more than happy to explain the process to you. We’ll also help you understand who benefits most from ortho-k and how much it might cost.

The reason so many people think of orthokeratology as orthodontics for the eyes is that the central concept is roughly the same: both braces and ortho-k involve wearing devices to reshape parts of the body. However, while braces reshape your teeth and jaw structure, ortho-k uses special contact lenses to reshape your cornea (the surface of your eye).

The cornea is made of clear, flexible tissue that helps focus light onto the retina, allowing the eye to clearly distinguish objects at a distance. However, some people have abnormally-shaped corneas, which causes light to focus on the retina improperly. As a result, these people experience blurry vision when viewing objects at specific distances.

In the 1940s, eye doctors realized that the cornea’s flexibility allowed it to change shape temporarily. Glass lenses were originally used for this purpose, but in later years most eye doctors switched to RGP (rigid gas permeable lenses). Near the end of the 20th century, advancements in computer technology made it possible to map the surface of the eye and create custom lenses that corrected specific refractive errors in individual patients more accurately.

Modern ortho-k lenses are typically worn at night. They change the shape of your cornea as you sleep, allowing you to see clearly when you remove them the next morning. Since your cornea will gradually revert to its original shape over time, ortho-k lenses must generally be replaced each night before going to bed.

What Does Ortho-K Correct?

The conditions listed above are not always caused by the shape of the cornea. They can also appear in people whose eyeballs (or lenses, in certain cases of astigmatism) are shaped abnormally.

Who Can Get Ortho-K?

Ortho-k is appropriate for patients of all ages. In fact, eye doctors often recommend ortho-k as an alternative for children or young adults who cannot get laser eye surgery (such as LASIK) because their eyes are still developing.

Ortho-k is often recommended as a method of slowing down childhood myopia, which can increase a child’s risk of developing more severe eye conditions later in life when left untreated.

What Does Ortho-K Cost?

Since ortho-k lenses are custom-made for the corneas of each person who wears them, they tend to be more expensive than most other contact lenses. Furthermore, ortho-k is considered an elective procedure, which means that most insurance policies won’t cover it. However, many people consider the benefits of seeing clearly all day without lenses to be worth the price.

So, what do ortho-k lenses actually cost? For most Americans, the fees generally end up being between $1000-$2000. That’s only about half of what LASIK costs—but remember, every case is different. Complex or severe refractive errors can make it harder to create effective ortho-k lenses and the price may go up as a result.

Talk to Your Eye Doctor about Ortho-K Today

Orthokeratology can be expensive, but the results are worth it for many people. Children suffering from myopia may especially benefit from ortho-k lenses, which can slow down the progression of their condition and help reduce its potential future consequences. To start the journey for yourself or a loved one towards ortho-k lenses, talk to your eye doctor and set up an appointment with them as soon as possible.