Nystagmus is an eye condition characterized by rapid and uncontrollable eye movements, and is also known as “dancing eyes”. Nystagmus manifests itself as the constant shaking and jerking of the eyes either side to side or up and down.

This can cause difficulty focusing on or seeing objects, and individuals suffering from the condition may hold their head in unusual positions to compensate for the condition. Usually, nystagmus presents itself as a symptom of other eye or medical problems and is amplified by fatigue or stress.

Different forms of nystagmus can present themselves in the eyes, including infantile, spasmus nutans, and acquired nystagmus.

Infantile nystagmus, as the name suggests, usually develops by 2 to 3 months of age. The eyes tend to move horizontally, in a swinging motion and is often associated with other congenital conditions such as cataracts, absence of the iris, underdeveloped optic nerves, or albinism.

Acquired nystagmus or jerk nystagmus can develop in late childhood to adulthood, and the cause is often unknown. It is estimated that this type of nystagmus is caused by the central nervous system, metabolic disorders, or drug toxicity.

Pendular nystagmus causes the eyes to move in quick movements in either direction.

Nystagmus is typically a neurological problem that occurs during the development of a fetus and is often present at birth, or develops throughout childhood. Acquired nystagmus is often a symptom of a separate condition that affects the central nervous system.

Nystagmus can also be caused by albinism, congenital diseases such as cataracts, inflammation of the inner ear, certain medications, nearsightedness or astigmatism, or lack of development of the eye early in life.

Usually, nystagmus can be diagnosed through a routine eye exam, as long as it is comprehensive and your optometrist assesses how your eyes move. When testing for nystagmus, it is important to take patient history into account to determine if there are any underlying health problems, medications, or environmental factors that may contribute to the symptoms. 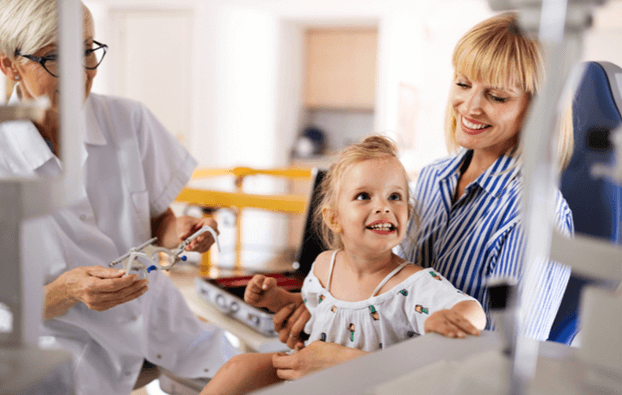 Additionally, testing for the type of lens necessary to correct refractive errors, such as nearsightedness, farsightedness, or astigmatism, can help to diagnose the general health of the eye.

The most important part of an ocular test is to see how the eyes focus, move, and work together. Without the eyes working in union, clear vision that can focus on objects will be difficult.

If nystagmus is detected, your optometrist will likely refer you to your general practitioner or a specialist for further testing, as nystagmus is often a symptom of an underlying cause.

Symptoms of nystagmus, coupled with rapid eye movement or shaking, include sensitivity to light, dizziness, difficulty seeing in the dark, and holding the head in unusual positions. If you are experiencing any of these symptoms, it is important to visit your optometrist for further testing.

Nystagmus can be treated with various medical and surgical procedures, although it cannot be cured. Contact lenses and glasses can help clear the vision and subsequently slow eye movements. It does not help treat the condition fully, but it can help lessen the symptoms significantly. It is important to take care of the eyes when utilizing vision corrective devices.

Surgery can be done in rare cases to reposition the eye muscles that control and move the eyes, which keeps the eyes steady and allows you to hold your head in a more comfortable position to limit eye movement.

Finally, acquired nystagmus can resolve itself on its own, if the condition that causes the nystagmus is treated. This can include stopping a certain medication, starting another, or controlling drug and alcohol use.